And then there was one ... - Conceive gynaecology and fertility hospital sharjah 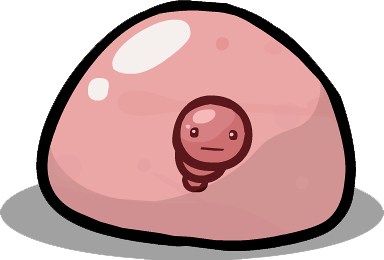 As I mentioned in my last blog post, medical procedures often focus on the biological level only, while the emotional, psychological and spiritual aspects of the experience can be neglected or ignored completely. Conception is a powerful and sacred moment, and pregnancy is an awe-inspiring, miraculous experience that affects life’s deepest, core values and principles. Think of the moments you have seen pictures of a human life growing in the womb, or videos depicting the gestation period of a human life, and remember how awed you were by the visuals of creation of such a miracle as yourself. Conception, womb life and birth are a very important and impressionable genesis period of being an active participant on this earth. The “imprints” if you will laid down during this period affect our lives profoundly, as well as affects the parents greatly as well – particularly the mother who carries and delivers the child (and in whose body conception normally takes place in natural conception).

So here we were, back to our chronological journey of our infertility path, with three of my eggs fertilized with Eric’s sperm in a petri dish in a medical center in Arlington, Virginia. To get to this point on our journey, we had to aggressively and very deliberately pursue parenthood. We had traversed many roads, and had many mental leaps of faith to get to this place. First our courtship and falling in love, then our marriage, then many months of trying to conceive unsuccessfully on our own (the plotting on calendars, the ovulation kits, the BFN or Big Fat Negative pregnancy tests one after the other), then swallowing our pride and facing our fears and seeking medical assistance – first with my gynecologist, then at this fertility clinic. All in all, it had been seven years since Eric and I first met on that glorious day in a pizza joint for our first date in Alexandria, Virginia in 2003 to us having three blastocysts in a lab in September of 2010 in Arlington, Virginia. What was going to happen next?

You May Like  Dodge the Merry Bullet: An Infertility Holiday Survival Guide

Implantation day was scheduled for the coming week. If all went as planned, I was about to finally become a mother, and Eric a father to our own son or daughter. My mom was going to become a grandmother finally (my only sister / sibling had opted not to have any children). My father, who had very sadly passed three earlier, was going to have his line (and his name we had decided) passed on to future generations, along with all of his talent and kindness we hoped. On his side of the family as well, there were no biological children to speak of – this was our ONLY chance. Though I feared all of the changes my body was about to go through during pregnancy, and the painful act of giving birth, I was ready to face my fears with the help of our dear doctor, and finally be pregnant with our child. Wow. It’s really happening! Three fertilized eggs! We were very carefully excited and bewildered about getting to this moment in our lives. It was disheartening how much trouble and expense it had taken us to get to this moment, while so many others can conceive so effortlessly, naturally and sometimes even by accident – while we had to jump through so many hoops, performing hormonal gymnastics on my body to try to create our child. But what else were we to do? Instead of focusing on the negative, we were focusing on the positive – implantation day with one or more of our fertilized eggs.

You May Like  Cornucopia of Holiday Survival Guides + Upcoming Special Guest Audio Interviews!

Then another call came…

It was the doctor’s office again. Actually, it was the doctor himself this time (instead of a nurse that I did not know). He informed me that two of our eggs had stopped growing. I asked what that meant. He said that meant that they had died. There was only one left. I was at work when I got the call.

I said some things that I do not remember and asked a series of questions that I felt like I was supposed to ask. I don’t recall the answers, except that implantation was still scheduled, but we had only one remaining egg to implant. The stakes were high, but the probability of success was quite low. But hey, that egg was still growing, so there was that.

I immediately called Eric at his office and grimly told him the news, while still trying to remain hopeful somehow for one chance of our baby being born. Then I immediately went into the restroom and had a nice cry. Two of our children had died in some medical lab and we hadn’t even met them yet. They were surrounded by strangers in a strange room without their parents even being present. Were they just thrown unceremoniously in the trash bin? What the….? How does one FEEL about that? How do you reconcile the grief of that type of death? Where could we turn for support? We were at a loss. Instead we tried not to think about it and stuffed our feelings down deep.

We decided not to tell anyone. Who were going to tell that would understand how we felt anyway, and we worried it would distract us from staying hopeful on our ultimate goal. After all, we had one egg. Let’s focus on that, shall we? What else could we possibly do…?