The words we choose (THEY MATTER!) - Conceive gynaecology and fertility hospital sharjah 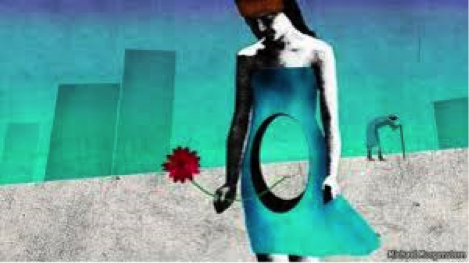 Eric here again, and I’m not going to lie, this week is kind of a tough one. It’s been tough for me to write, and it may be kind of tough to read. But I think it’s a subject worth talking about.

As many of you have probably heard, there’s a lot of discussion going on right now around #MeToo, and if you haven’t, just Google it. Now, this blog is not the place for that specific topic, but it definitely got me thinking about the ways that even today, we treat, and talk about, men and women very differently in nearly every aspect of life, and infertility is no exception.

For those who don’t know this about me, I’m a bit of a language geek. I’m fascinated both by language, i.e. the crafting, use and meaning of words, and also by languages, i.e. the myriad tongues humans use to communicate. I speak three languages fairly well (though my mother might argue that including English in there is questionable) and I speak several more bad-touristly.

One of the things I’ve come to appreciate through this hobby, if you can call it that, is how deeply intertwined language is with culture and perception. Language is a reflection of our (collective) thoughts and beliefs, and the language we individually use is shaped by the society around us. Put another way, you can’t study a language without at least some study of the culture that uses it, and so every linguist must, to some degree, become an amateur sociologist.

For example, the Japanese phrase onegaishimasu will appear in contexts ranging from “Happy New Year” to “may I please have a glass of water” to “may we now humbly train together in combat arts and learn many useful things, hopefully without accidentally killing each other”.

You May Like  Guy Talk: The Silent Fraternity of Non-Paternity

Or you know that feeling you get when you’re all cozy, comfortable, at-peace, relaxed, and have that oxytocin-spiky sense you get when you’re surrounded by friends or loved ones, the all-snuggly-happy-feeling that comes when your dog is snoring contentedly in your lap by a roaring fire on a cold night? See how that feeling took me 52 words to explain? In Dutch you would just say “Gezellig” and it would encompass all I just said and more.

The only way to understand these terms is to understand a little bit about the cultures that spawned them. And since I’m right in the middle of my latest language-learning adventure (Croatian), I was giving some thought to the language that’s used, in English at least, to talk about infertility. My unfortunate conclusion is that the words our language has created to talk about it can, if even unintentionally, add one more potential layer of isolation and discrimination for those struggling with the condition, especially the women.

How’s that? And what in the world does this have to do with #MeToo?

Well, as I said, I was thinking about the words we use, and the words our language and therefore our culture have given us to use, to communicate an idea. And in English, we’ve historically had a number of words for those unable or struggling to bear children. Now I know these words are technically all different and could be argued academically, and absolutely should not be used interchangeably, but those distinctions are often lost on, or ignored by, a lot of people, even today, and that’s the point. So let’s get into the ugly details…

You May Like  Carpe Diem! How you can enjoy your time during infertility treatment

Technically, a person or a couple struggling to conceive is properly termed “infertile.” A couple, or more specifically an individual who cannot conceive, e.g. due to zero (not limited, but zero) egg or sperm production, is “sterile.”

But here’s where I got to thinking about how culture shapes language over time, and language in turn then shapes the thoughts of its users. I’m going to add just two more terms to the mix.

First, “impotent.” Oh… uuuugly. I’m a man. A man! Call me infertile and I’ll say you’re right. Call me sterile and while it might sting a bit, I’ll probably just say you’re technically wrong, then write you off as an ignoramus.

But call me impotent? Them’s fightin’ words! Why is that? Because my perception as a man is that calling me impotent is an attack on my ability to perform the act, not my ability to have offspring result from it. “Impotent” attacks my manhood, my masculinity, my ego. Calling me infertile does not, because our culture attaches different social context to those words.

Likewise, speaking as a matter of language, what did we used to call, and some might still call, a woman who has been unable to conceive? We called her barren, as in “bleak, lifeless, desolate, a wasteland”.

I know this may seem academic, or outdated to bring up, but I don’t think it is. The news this week is full of (much-needed) discussion about how our society views, treats and mistreats 51% of our population.

In the language, some of it archaic I admit, but in the language (shaped by our culture) around problems with babymaking, men are most maligned by problems of the act. If you can perform in the bedroom, you may struggle to make a baby, but you’re still a “man.” But women? Their part in the act is irrelevant. If they can’t make a baby, that’s when you’re “less than,” that’s when the brutal, cutting words come out.

You May Like  Couple Creates “Infertility Announcements” to Illustrate Their Struggle

What’s my point in this undoubtedly-pedantic diatribe? It’s really this. I’m disgusted. I’m disgusted by the flood of reports about how women, accomplished and ordinary, famous and unknown alike, have been treated by powerful men. And in our one tiny, little, fertility-focused corner of the conversation that needs to continue, I just wanted to say my piece. So here it is…

Words matter. The words we choose, the words we use, the words we are given to use. And the lexicon around infertility, even today, has linguistic roots that are, at their core, unequal and dehumanizing toward women. Even though Cathy and I have both written before about how it can feel this way, you are not your infertility. Your condition does not define you, it does not demean you and it does not make you less than another. It’s just that. It’s a condition. Don’t let terrible words, or the people who use them, tell you otherwise.