The Power of Community - Conceive gynaecology and fertility hospital sharjah 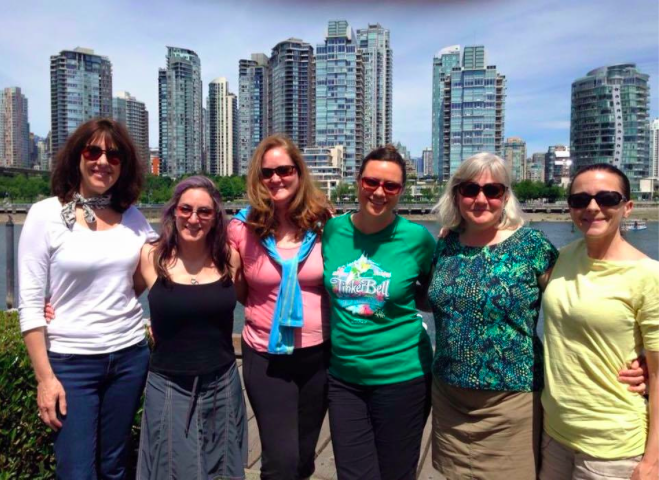 Recently, I had the pleasure of having lunch with my fantastic new friend Sarah that I met through the Global Sisterhood. We originally met back in Vancouver when six brave childfree-not-by-choice women traveled literally from around the globe to be together. Why did we do such a thing? Why did a bunch of online bloggers and loosely associated cyber friends jump on a plane, leave their country of origin, endure grueling travel, literally just to have dinner together?

I believe there are many moments in life that we completely take for granted. Funny how we do that – it’s like we are trying to sabotage our lives by ignoring all of the awesome when it is there. When I was a painfully shy kid, I had to work very hard to learn to teach myself to get out of my shell and be outgoing, so that I could eventually make friends and earn that feeling of love and belonging that all human beings crave. By the time I was nine years old or so, I had that skill down! I was totally cool with making friends, joining a conversation, and loving that feeling of community! I took what I learned all the way through high school and college. I partied, had a ball with my friends (all while studying hard mind you as my Cum Laude status shows! J ), and generally loved my social life and my extended family. Into my 20s, same thing. I felt like I belonged to this amazing large community of friends. And this was even before the invention of not only personal handheld cell phones, but <gasp> Facebook! How in the world did we survive? But we did. (Hint: we made plans in person, and then we showed up at the designated time! That was also how you KEPT friends!)

By the time I entered my 30s, many of my friends were not only married, but quite a few already had young children at home. I was the bridesmaid, the baby shower planner, the bridal shower planner, the exuberant bachelorette party attendee. All of it! And I loved it. And I would venture to guess that I took it for granted at least sometimes. It seemed like this community would always be there. We taught each other how to survive, how to be a great friend, how to be a supportive bridesmaid and party planner. We celebrated each other’s wins, and consoled each other over our losses.

But a funny thing happened in my late 30s.

And learning how to survive it.

Many of my friends had not survived the kind of loss I had. Losing my parents one by one – first to cancer and its complications, and then behavior-altering dementia (we’re talking the smear-your-own-feces-on-the-wall kind. Yeah, that happened! It’s real. And it’s awful to witness and try to deal with that reality – talk about lack of dignity for our elders in their final years.)

And I was suddenly on the outside.

With depression brought on by overwhelming grief.

A condition that is stigmatized and taboo.

ALSO my husband and I suffered being diagnosed with infertility. And had to learn how to navigate, endure, and survive infertility treatments. The needles. The bills. The uncertainty. The shame. And the subsequent secrecy.

Now I was really on the outside.

With infertility. And the loss of my offspring. My children. My parents’ grandkids. Another condition that is stigmatized and taboo.

More depression. More sorrow. More loss, yet an “invisible” one. The difficult emotions were getting smeared on the walls of my own mind. It was a mess. Clearly.

In a parent-focused, baby-celebrating world, being childless – whether by choice, by circumstance or otherwise – is not an easy place to be. Society’s expectations weigh heavily on minds and hearts. Knowing when to stop treatment can be very difficult.

As I talked with my friend Sarah and her husband Julio (infertility survivors) at a wonderful restaurant in Georgetown, DC that I used to go to in the exuberance and happiness of my late 20s, I had a revelation. It was this:

The infertile, the childless… we not only lack a community, we lack a voice. We lack support. We lack literally feeling SEEN. We feel invisible in a baby-happy world. There is even elements of “misogyny” out there – complete with utter disdain for women without children (whether by choice or not). We are often ridiculed and even vilified.

As this article writes:

“…as I aired my decision to friends and acquaintances, I began to get subtle signs that I was seen as an outcast not just by society in general, but by other women too. I never imagined my decision would elicit pity, judgment, and even misogyny from other women… The message of is clear: Blend in or get out. Deviating from the script isn’t seen as a valid choice. It’s something lesser, or even wrong… The language of internalized misogyny directed at childfree women is subtle. It has a drive-by quality and ends with the vague feeling that something is actually wrong with you… A patriarchal society doesn’t want women to have the power of self-determination, and when we question a woman’s choice about her own life we do the patriarchy’s dirty work.”

This type of thinking also torments those struggling with infertility and confuses the decision about when to stop treatment. The social stigma of NOT having children weighs greatly on women’s minds.

And this goes on for years and years. It’s not an isolated incident. Infertility is a part of the fabric of my life, as is the lack of my biological children… my family’s lineage.

In contrast, the moms and dads in the world… they not only get support from the “we are pregnant” announcement, they get celebrated, asked how they are feeling, an entire tribe of people surround them after birth offering time, resources, gifts, babysitting offers to help ease the parents’ burden. And this goes on for a lifetime. Forever. For generations. We support the family. We support the offspring. And there are TONS of teachers, mentors, leaders, and millions of books on how to be a good parent, a great grandparent with a billion role models as such. Everywhere we turn, there is support, resources, financial aid, and information for moms and dads. You trip over it. And we take it for granted.

What about the lifelong burden of infertility? What about role models and teachers to survive this aspect that afflicts many of us? Just because we are a minority, should be forgotten? Invisible? Brushed to the side? Ignored? Told to “shut up” about it for cripes sake?

You May Like  Do Your Furry Friends Give You Emotional Support During Infertility?

THIS my friends is why I went to Vancouver. THIS is why I spent part of my workday visiting with Sarah, battling traffic to Georgetown. We ALL need community. Some of us find community easily. Some of us have to search high and low for it, going to the ends of the earth. To be in the company of people who “get” you, get your struggles, know what you have been through, speak your language, and know what a debilitating social stigma being childless not by choice is. That is powerful.

If you have a friend who is struggling to conceive, male or female, I urge you to lean in to their struggles. Don’t dismiss them because talking about it makes YOU uncomfortable. Don’t take the easy route. Remember why they were your friend in the first place. You had fun together during the good times. During the difficult times especially, we need support, trust, and respect for our decisions. Don’t question their decision about when to stop treatment, when to adopt, or not to adopt at all. That undermines them and damages connections. It separates us from each other. You have not been in their shoes, or had to struggle with the decisions they have been forced to. We must stop and remember that real love is about acceptance, and allowing us all to make the choices in our lives that empower each of us, even if your path is different. Those of us who are “different”, who are a minority, we need love and belonging just like the rest of you. Keep an open mind and an open heart.

Please join us next week to hear more about our personal journey down the infertility path. I look forward to speaking with you. And I wish you the best on your journey.