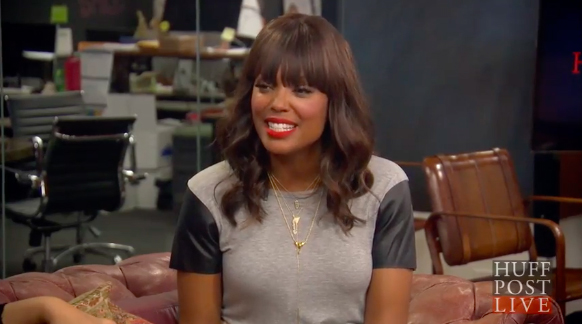 I have always found it fascinating to see the tabloid covers at the checkout aisles that obsess over celebrities and whether they are pregnant or not, who just had a baby, who wants a baby, and on and on it goes. Before I started my quest to become a parent after I was married, like many other people, I saw these magazine covers and their huge headlines saying “Major celebrity has a baby at 45!” and thought “Oh look, I have time”.

I didn’t realize back then that many of these celebrities would keep their infertility struggles, expensive IVF procedures, invasive tests all under wraps because hey, that’s embarrassing, a taboo topic, and well… personal! Plus who wants the label “infertile” attached to them, especially when in the public eye. I get it!

But you know what? Not revealing openly and honestly the reason celebrities have twins at 47 sends the wrong message out to the world. Remember that these celebrities have oodles more cash at their disposal to go for round after round AFTER ROUND of IVF – whereas people like my husband and I could only afford two IVF rounds (or go into serious debt which we were not willing to do). No positive pregnancy test in those two expensive months, no “bio baby” for us. End of story. These tabloid covers also give false hope to those of us who get married and try to start a family later in life by making us think ANYONE can get pregnant well into their forties. Not being forthcoming about how these “miracle pregnancies” happen sends the wrong message. The only way a topic such as infertility or accompanying depression get de-stigmatized is by breaking the silence and talking about them.

Thus I applaud and celebrate celebrities that are willing to share their infertility journey with us honestly, even though it may be uncomfortable for them. Several years ago, Aisha Tyler (whom I had the pleasure of meeting personally once after her local standup comedy show) had come out with her story of trying to conceive. She shared her struggles and disappointments letting the world know that her treatments were ultimately unsuccessful. I was blown away and impressed by her courage and how forthcoming she was with the news of her struggles. It’s also part of the infertility story that, even with the best doctors in the world on your team (and you have them here at Conceive Hospital), some couples simply won’t be successful. That’s a hard thing to accept, but I think that people living in the public eye can also help make that part of the journey more broadly understood too. You go, sister – tell it like it is! Be the change you want to see in the world! Yes!!!

To watch an incredible interview as well as read about this journey for Aisha, click here.

Here’s another celebrity case I saw recently. While I was in a waiting room last week, I learned though one of these celebrity magazines that Cameron Diaz has also been forthcoming about her struggles with infertility and trying to conceive. After getting married January of 2015 to Benji Madden, they apparently tried to get pregnant naturally.

One article states: “She is doing everything she can to get pregnant, like working out and eating fertility-boosting foods, and she’s even resorted to scheduling [intercourse],” an insider told Life & Style. “But it’s not happening, and she’s freaking out!”

I admit that it makes me chuckle that the article says “she’s even resorted to scheduling [intercourse].” Are you kidding? Scheduling intercourse is second only to having intercourse when it comes to “things you need to do to have a baby”! It was a science and regular monthly practice for not only Eric and I – but many, MANY other couples… Why? Because One word: Ovulation! Science… it works (well for some people). To me there is NO SHAME in scheduling intercourse. Timing of sperm meeting egg is what it’s all about… quite literally! Why hide that fact? It’s natural. Maybe some of those cooky celebrities get so wrapped up being famous that they forget their 8th grade science class or something – but if you don’t get busy doin’ the baby dance during the right few days a month, all the treatments, yoga and steel-cut oatmeal in the world aren’t going to help.

You May Like  Shake it up! Breaking free from infertility habits

It’s not just celebrities either, sadly. In the past I told a friend of mine that my husband and I we were “scheduling intercourse” and how un-sexy that can be, as well as arduous work sometimes and kind of grueling. (Let’s face it: “We gotta ‘do it’ Thursday between work and dinner with the Joneses!” can kinda take the sexy out of things. But hey, that’s what you do when you want a baby – not a steam-filled re-enactment of Flashdance all the time.)

So my friend asked me why I would need to do that? I looked at her incredulously and just said the one word: “Ovulation.” And I looked for some recognition on her face that she understood that having intercourse when ovulation happens in our monthly cycles obviously ups our chances of getting pregnant. What I got in response? A blank stare. And a feeling like I was doing something weird. Or unsual. Or…icky.

Don’t you believe it! Making babies easily and effortlessly does not happen for all of us. I very carefully used ovulation kits to research my cycle, as do millions of other couples. I looked for every possible angle to increase my chances for a baby, and yes you’re darn right I scheduled intercourse. And I never felt discomfort or awkwardness or shame about it. Nor should you, nor should Cameron Diaz. This is about one thing – having a child, and you do everything in your power to stack the deck in your favor.

The article goes on to say that “Cameron Diaz reportedly felt ‘devastated’ that she has yet to get pregnant.” Yes just like millions of other couples who are not in the spotlight talking about their struggles publicly. Most suffer quietly, barely even telling their friends what is truly going on in their lives. It can feel very isolating and devastating indeed.

The article I read last week revealed that Cameron and Benji then resorted to going through two unsuccessful IVF treatments and were now considering adoption. Cameron is apparently learning unfortunately firsthand how extremely challenging it can be to welcome a child into one’s life, whether due to infertility, miscarriages, or the difficult (and often expensive) process of adoption.

Any woman or man who has been desperately trying for a baby and meeting dead-ends knows that becoming a parent isn’t always an easy cake-walk – even after careful planning, scheduling, or hiring a team of medical professionals to help you, it still may not happen… and it can be traumatic. It would be so wonderful if as a society we could learn to be more sensitive on the subject of family creation. We can never know what another person has gone through to become a mom or dad, or why someone else remains childless. It is best not to make possibly incorrect assumptions. Be the change you want to see in the world. Consider being sensitive and kind with your words. Your journey may not be the same as someone else’s journey.