With friends like these ... (Part Two) - Conceive gynaecology and fertility hospital sharjah 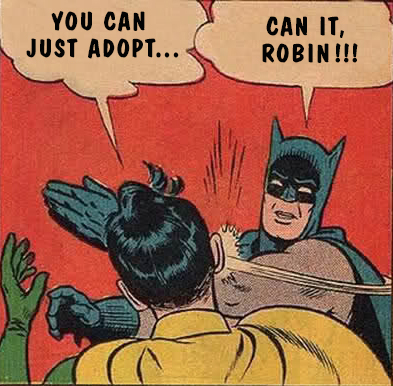 So in my last post, some of you may recall I talked about the old chestnut, “With friends like these, who needs enemies?” Cathy has certainly spoken about the insensitive, thoughtless and occasionally downright bizarre things that family, friends and others will blurt, and I had started to offer some thoughts on the uniquely male, one-guy-to-another version of this same unlovable experience.

Let’s dig a little deeper on this. As much as I hate to say it, the “offer solutions” approach I lamented last time is actually the preferable outcome. In this case, infertility is treated like a mechanical chore to be addressed with tinkering and a good turn with a wrench. Oh, and of course, a fair bit of pontificating as though they have any idea what they’re talking about. That’s what guys do.

Well, as surreal as this can get, trust me when I tell you that if you end up having a sit down with the fellas over dinner one night and your struggle to have a family comes up, it is far preferable to the alternative.

Now before I explain further, let’s remember what we said about guys. We’re biologically wired to seek solutions. Our self-image is tied up in being able to fix stuff. If we can’t fix stuff, we’ll engineer away around it.

“Where there’s a will, there’s a way.”
“Necessity is the mother of invention.”
“He who dares, wins.”

We LOVE stuff like that. Hearing sayings like that all our lives makes us feel awesome when we find some way to hack around life’s problems. It makes us feel like MEN. It’s why we love duct tape so much. Got a leaky pipe? Torn gym bag? Ripped window screen? Duct tape all around, baby! We love workarounds.

So what could be worse than the fertility-problems-as-carburetor discussion? The alternative is a phrase that will probably get its own couple of (possibly ranting and overheated) posts to come. Ready?

“You can always just adopt.”

There are so many things wrong with this sentence, I don’t know where to begin. Let me try this for starters though. Literally every word in this sentence is wrong. It’s factually wrong, or it’s emotionally wrong, or both. Stringing them together into what became through our journey what I call the phrase-of-rage is worst of all. Here’s what happened, at least to me, the 963 times (so far) that one of my guy friends tossed this offhand thought on the table.

“Say that again… I mean, I know we’ve been friends for 16 years, but say that again, and I will literally slap you across the face.”

I was not, by the way, using the word “literally” above in its current culturally popular and grammatically abusive sense, i.e. as its opposite, or “figuratively”. As in, “I’m so hungry I could literally eat an entire elephant.” No, I mean “literally” literally. I will literally slap you in the face, and literally every word in that sentence is wrong.

You.
Can.
Always.
Just.
Adopt.

Now let me pause here for just a moment and be absolutely clear that I am not saying for a moment that adopting is wrong, that the notion of adopting is wrong or that considering it as an option is wrong. We have a number of friends and colleagues who have considered or completed adoption with wonderful results.

You May Like  “Being there” for our friends – 3-step process!

No dear friends, what I am saying here is on our theme of “guy friends and their oh-so-helpful advice”, there are a number of things deeply and profoundly wrong with dropping this little missive between “You see the game last night?” and “Pass the ketchup, will ya?”

Here again, I know they mean well, and they think they are being helpful, at least in that same way that guys will tell you how to fix your car even if they have no idea how to fix your car. Male self-image requires us to show our guy friends we know all about everything, and we want to be a good buddy. What they don’t understand is that for me at least, this was probably the most difficult, clueless and (unfortunately oft-repeated) bit of “help” I got from male friends. Compared to this particular sentiment, I’ll take the “You just need to go on a cruise” advice any time.

And why, you might ask (if you haven’t already arrived at this place on your own journey) is that the absolute, top-of-the-pile #1 phrase-of-rage that made me want (in true guy fashion) to tackle my buddies to the ground and slap them in the face? Well, that’s actually next week’s post. For now, I’ll just repeat what I said last time.

Try to remember that these are your friends. These are people you liked before this whole experience started, and (probably) will again later. They mean well. They think they’re being helpful. Mostly, they’re just being guys, and they have no idea what’s really going on inside you, because how could they? Forgive them. When this difficult time is behind you, you’ll be glad to have them by your side like the old days, watching the game and asking for the ketchup…