The Cult of the Masculine - Conceive gynaecology and fertility hospital sharjah 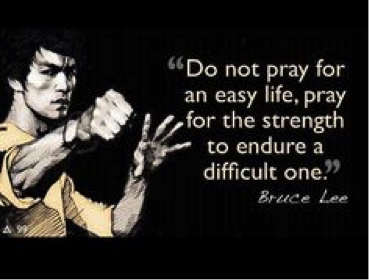 So it seems like I touched a nerve last time with my “you’re not alone… but you’d never know it” post. I definitely got both supportive and confirmatory comments that my perception was on target, that there are no support groups, no forums or other outlets specific to the infertile male community. At best there may be one or two male voices on the general forums and sites for infertile couples or women. In fact, I’m probably the most vocal male voice on this I could find online, which would be kind of flattering if it wasn’t so depressing.

And so I realized there’s a corollary discussion, related, but not the same, which is also important, a second dynamic at work. It’s not just that there aren’t these avenues for men to talk about the pains and realities of being unable to have children. In other words, it’s not just the lack of these outlets, it’s why don’t they exist.

I think the answer is simple, and often destructive. At least here in America, our notions of manhood are unquestionably driven by stereotypes that I think are rooted in the tough-guy model of the so-called Greatest Generation.

Guys my age and the couple of generations before were raised on the realities, or at least the archetypes, of the WWII vet generation. Strong, silent, tough. Masculine. There was an unbroken line of tough guys, war heroes and fictional stars, from Daschle Hammet’s “hard boiled” detectives to Lee Marvin and The Dirty Dozen. From Clint Eastwood’s thousand-yard stare to Charles Bronson’s lethal vigilantism in the “Death Wish” film series, we spiraled upward to the motif’s logical absurdity, the Die Hard and Rambo and Schwarzenegger films of the 1980s. (Who remembers, “I ain’t got time to bleed…”?)

You May Like  Should We Celebrate the Seasons (and Years) of Love?

All of these media “role models” told young boys that masculinity is embodied in resistance to pain, stoicism or even violence, and weakness or discomfort should be borne in silence (unless angry vengeance is an option.) The problem is that none of these models are of any use at all when the “enemy” is biology, when the pains are loss, grief and longing, and when the goal is not victory, conquest or the destruction of invading aliens, but the fading hope for a squealing, screaming, pooping little monster you want to love with all your heart.

Now don’t get me wrong. There are times when you will need to be stoic, silent or strong. I certainly tried to be a rock that Cathy could hang onto in the tough times; sometimes sequestering my own unhappiness for later in the immediate need to be a pillar for someone else. I think there is part of ‘being a man’ that demands we fight hard for what’s important to us, to claw and fight and bite and scratch to protect those we love, and to shoulder the burdens of our adult lives with fortitude, integrity and grit. Taking care of our responsibilities, looking after our families, paying our bills and standing up for ourselves in an unfriendly world, these things are part of being a man, and a human being.

I’m not arguing for what some have called “the great wussification”; the sense of entitlement, the easily bruised feelings, and the abdication of personal responsibility that seems common today, especially among younger men. I’m not of that school and I find it pathetic. But that does not mean that appropriate feelings and pains are a sign of weakness, or that weakness is somehow unmanly.

You May Like  Stop the urge to fix anything

I believe a “real man” can take a punch, and throw one. He can use tools, look after himself, cook a meal and change his own spark plugs. He can talk straight, handle unpleasant news, and spot a liar. But a real man also is (or would be) a great dad. He loves kids and is kind to animals. He can be tactful, gentle and cares deeply about those he loves. And that means, by definition, he’s vulnerable to hurt.

A man who doesn’t feel hurt, who doesn’t suffer emotional pain, who doesn’t grieve over the loss of something important? That man is not weak, he’s a sociopath. And so I think it’s important to remember, and to say to the men out there…

I think that how we understand being masculine has its rightful place. Indeed it’s vitally important for us fellas to stand up, own our responsibilities and be strong, especially for our partners, along the often arduous path of infertility. But don’t confuse silence with strength. Maybe we don’t need web sites and forums and support groups and blogs. Maybe that really isn’t our way. But whether it’s one-on-one, with friends, with family, with a faith leader or someone in your community, I do think it’s ok, indeed it’s important, to acknowledge that this is hard, that it hurts and that feeling that way doesn’t make you less of a man. It’s what makes you a real one.

You May Like  SSFE Podcast #6 Marianne Van De L’Isle