Male Infertility: Perception vs. Reality (and how to improve your chances) - Conceive gynaecology and fertility hospital sharjah 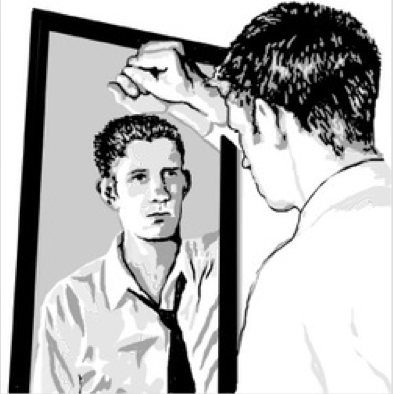 I recently saw one of those funny internet meme poster thingys, and it struck me as one of the best bits of genuine wisdom the web has coughed up in quite a while.   It said (and I’m paraphrasing for civility):

“You run into a jerk in the morning, he’s a jerk.  You run into them all day long, YOU’RE the jerk.”

What does this have to do with infertility?  Most of us never want to see, acknowledge or admit this, but sometimes in life, you’re the problem.  I believe this is often especially true when it comes to male infertility.  Sorry fellas, but I think the ways that men and women in their prime child-bearing years (let’s say 20’s and 30’s) generally think about fertility or lack thereof is very, very different.

Boys?  I believe all to often, and this is a cultural issue far more than a medical one, boys think that basically, the women are right. That is, they should be worried about their(i.e. the woman’s) fertility. Why?  Oh that’s easy!

You May Like  Subfertility and Setting Boundaries over the Holiday Period

So what’s the reality, not the convenient self-delusion?  Depending on where in the literature and where in the worldyou look, the truth looks more or less like this.

I think you get my first point.  Set aside ego and culture and perception and pop culture and deal in data and reality and facts.  If you (the male half) and your wife or partner are having trouble getting pregnant, the problem is at least as likely to lie with you as with her, possibly more so.

Why is that?  Well, there are obviously a long list of possible medical conditions, acute, congenital or otherwise, and those either can’t be treated or should be treated under the care of knowledgeable experts like the wonderful folks at Conceive Hospital.

But, and it’s a BIG but, there are also a ton of possible environmental and lifestyle factors that can be serious contributing factors, things over which you do have control. To name a few:

You May Like  How will you “Rise Strong” after a fall?

Wait, stress, being out of shape, sitting too much at a keyboard?  That sounds like… ummm… me and pretty much every male I know except the serious athletes and the occasional construction worker.

For a detailed but concise read on medical causes, lifestyle factors and the like, I suggest this summary from the Mayo Clinic, which spells it all out in super-easy-to-understand English.  (I know most people ignore the links in blog posts, but gentlemen, go read that one.  Seriously.)

So to end where I started, guys, let me implore you; if you’re just starting down the baby-making path, do NOT assume that any potential difficulties lie primarily with your female partner.  The (literal) odds are that you are at least as likely to be the problem.

Acknowledge that. Accept it.  Don’t take it personally, it’s not an assault on your ego, it’s a medical reality.  So get your stuff tested, know where things stand, get on board being part of the solution, and don’t be the jerk!