I was Right! (And wrong) About Male Infertility - Conceive gynaecology and fertility hospital sharjah 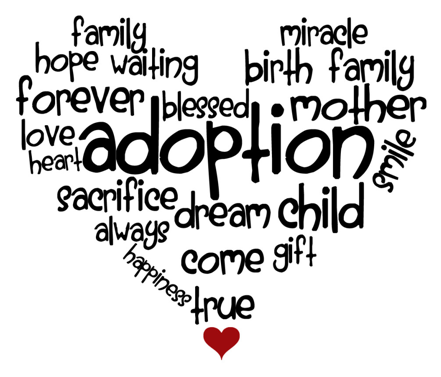 So, you know those last couple of posts I wrote? The ones about how no one is talking about male infertility? Well, I admit it. I was wrong. Lots of people are talking about. I was also right. Because it often isn’t the people I think should be.

Let me back up a step here. I sat down, as I do every few weeks, to think about what I wanted to say this week, and a funny thing happened. I had to restart my laptop because Chrome occasionally “forgets” how to play sound, and only a restart seems to fix it. (Can’t write without my “Writing” playlist.)
Whenever I start Chrome, I have a set of default pages I frequently that open automatically, and as I sat down to sip my tea and start writing, I saw this: 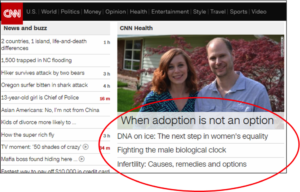 Well color me corrected. How about that?

CNN.com, home page, four top headlines for the health section, all on fertility issues. Not only that, but one of them is explicitly about male fertility issues. Despite a lot of overly simplistic content, and a few real head-shakers like this oh-so-stock-photo and its powerful caption (“coping with infertility can be painful for couples”… really? Who did two years at Columbia J-school to come up with that one?)… I still generally applaud CNN for the air time. 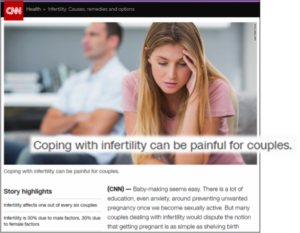 If you read through those articles, and the links in them, there is a lot of good material, things we’ve touched on many times. But you don’t need me to summarize what those articles said, you can read them yourself, and I recommend it. (One aside though – the statistics describing behavioral and learning disabilities in children with older fathers is stunning. Fellas, give that specific piece a read if you have any intention of fathering any, or more, children. The facts are sobering, and the case for many more men joining the “freeze my stuff for later” movement is powerful.)

What I will say is that those links got me thinking. Why was I so genuinely surprised to see that level of visibility – home page, multiple stories, huge global media outlet – on infertility in general and one piece explicitly about the male side? Well obviously because, as I’ve written about in my past few posts, I felt like no one was talking about that side of things.

So, as you do, I once again turned to Google to do a bit of utterly unscientific research, but research based on how real people in the real world really do things. More specifically, I went to google News, and ran a search for “Male Infertility” to see if treatment of the subject in the mainstream media was as much of an anomaly as I thought.

Which brings me back to where this post started. I was wrong that no one’s talking about this. A media search for male infertility shows lots of people are talking. (Hard to read, but screenshot at the bottom just as proof I’m not making this up.) You know who?

You know who (except for CNN, bless them) isn’t talking about this in the media? Anyone in “#Murica!” Land of the Free and Home of the Not-brave-enough-to-talk-about-it.   And that’s why I said I was wrong, but also right. It’s anecdotal I know, but is this a cultural problem?   Are we Americans so rooted in “rugged individualism” and tough-guy stereotypes that we can’t have an open dialog about something as fundamental to “maleness” as fatherhood? Ever boxed with a Scotsman or Irishman? Trust me, this isn’t about “tough”. Most of my Irish friends would rather lose a(nother) tooth than a fight.

So how (and why) is it that I was both right about American stereotypes and male self-image and so completely wrong that “no one is talking about this”? Cathy and I live in Virginia. Conceive Hospital is in Dubai. Some of our biggest boosters range from Texas to Upstate New York to Edinburgh, Scotland. Our audience is global, and so is our conversation. Why are so many people talking about this, just not the ones who need to most… the men affected themselves?