I want to take you on my acupuncture journey…first going back to 2 months after we had experienced our third failed IUI with Clomid cycle. After not being able to achieve that BFP, I was desperate, down, and maybe even depressed. A dear friend of mine recommended acupuncture and although I had heard of it, I was a bit skeptical. However, I proceeded to research acupuncturists where I lived, which at this time was the Midwest area of the United States.

After making a few phone calls, I found an elegant health and wellness spa that had several naturopathic providers in the office suite. And, the location was less than a 5 minute drive from my office. Perfect !

At my initial acupuncture appointment, I completed a comprehensive medical history prior to treatment. At the end of my session, I was prescribed bottled herbs “off the shelf.” I don’t even recall the brand. After about two months of sessions, I was underwhelmed with the whole experience and decided to try another acupuncturist.

After a much more exhaustive search, I found a much better fit for me in an acupuncturist named Stephanie. She was Masters-prepared and was completing her doctorate in Chinese Medicine at a school located out of state. A big plus was that Stephanie had the credential Fellow of the American Board of Reproductive Medicine, and her practice was solely dedicated to treating women and men who were struggling to conceive. Because of her reputation, doctoral studies and travel, Stephanie had limited openings and she booked up very, very quickly.

At my first appointment, Stephanie conducted a very thorough medical history and uncovered several areas of concern, or kinks in my system. She then proceeded to check my pulse and tongue, and treatment commenced…in the most comforting environment ever, replete with soft music, nice aroma and ambient temperature. I fell asleep during the session because it was so relaxing and peaceful !

By the end of my session, Stephanie had prepared a mix of Chinese herbs for me to drink as a tea twice per day until my next appointment the following week. Mixing herbs during the appointment after examination was another part of the practice that I liked; taking packaged and premixed herb pills out of a bottle was not very effective for me.

During the course of my treatment, Stephanie recommended a few diet changes (to which I had many stops and starts honestly). She also created an aggressive treatment plan which included twice weekly appointments with the herbal teas, which again were mixed by her, only after examination and specifically to treat stagnation, eliminate dampness in my system as well as improve overall blood flow.

Our plan was to start a new fertility treatment pathway in January 2016 after the holidays were over, and I was waiting for my menstrual cycle to begin; but it never came. After seeing Stephanie for approximately four months or so, I had conceived naturally ! Although I devastatingly miscarried 10 weeks later, at least I had a glimmer of hope that I could conceive without the use of donor eggs and more invasive IVF treatments, as had been previously recommended by two REs up to this point who both said that I had about a 5-10% chance of naturally conceiving.

No one can say with absolute certainty that conception will occur after being treated with a course of acupuncture. What I do know is that our own story included a naturopathic approach, of which acupuncture and traditional Chinese herbs were a major portion. Pursuing Traditional Chinese medicine is a recommendation that I have shared with other couples struggling to conceive.

In the end, you have to be comfortable with the avenue you and your spouse will take, and I encourage you to do an exhaustive search to find a licensed acupuncturist in your area, talk to friends or family members or your RE for a practitioner recommendation. Keep an open mind and consider all of your options, and most of all, be patient and be kind to your mind and body during this time. As you already know, built up anger, prolonged stress and frustration wreak havoc on your endocrine and reproductive systems, which impact your body’s ability to conceive.

I do strongly believe that as part of a total health and wellness plan, acupuncture is quite effective.

All my best to you as you continue on this journey. 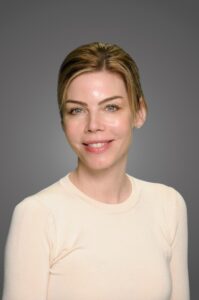 Ms. Karissa Stelma is a patient of the hospital and has successfully conceived through her treatment at Conceive Gynaecology & Fertility Hospital. It is our utmost pleasure to present you with this interview of her post-delivery and just as she has “birthed her other baby” – her book detailing her journey through infertility. Have you always wanted to be… END_OF_DOCUMENT_TOKEN_TO_BE_REPLACED 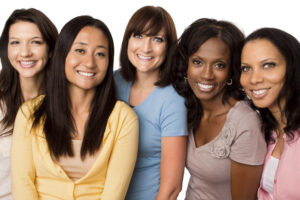 Yesterday was International Women’s Day. On this day we celebrate the myriad contributions of women to society and the well being of the world. This international holiday has been around since 1909, as women have struggled since practically the beginning of time for equality and recognition. Even so, I didn’t really start hearing about Women’s… END_OF_DOCUMENT_TOKEN_TO_BE_REPLACED 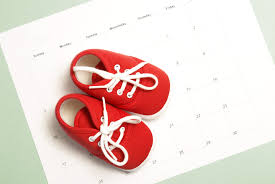 Happy New Year 2017! It’s a new year, and symbolically, a wonderful time of new beginnings and opportunities. This year, you can create some new opportunities on your fertility journey as well. I’m not talking about the trite-and-traditional so-called New Years Resolutions. I never found setting New Years resolutions to be a particularly valuable exercise.… END_OF_DOCUMENT_TOKEN_TO_BE_REPLACED