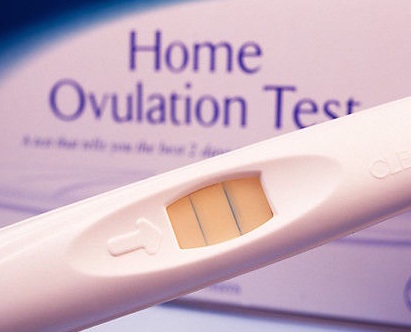 If you’ve been trying to conceive for any length of time, you’ve figured out that healthy ovulation is essential. It’s virtually impossible to get pregnant without ovulating, especially if you’re trying naturally.

Along with that, it’s absolutely critical to know when you’re ovulating so that you can time sex accordingly. I’m embarrassed to admit now that when I first started trying to get pregnant (at the ripe age of 41!) I didn’t know this, and assumed that you could get pregnant any time you had sex.

(This is because back when I was growing up this is what girls were told by their parents and in the limited sex education they got at school, probably to dissuade them from having sex — but that’s a story for another day.)

The reality is you don’t need to have sex all the time to get pregnant – you just need to have sex at the right time. And you need to know when that right time is. Conventional wisdom states that a woman’s fertile time is the 5 days preceding ovulation, and ovulation day itself. You can also throw in the day after ovulation for good measure.

Enter the ovulation predictor kit, or OPK. These handy little tests came on the market in the 1980s to help women pinpoint their fertile time. All you had to do was pee on a stick and if 2 lines of equal intensity showed up in the test window, you’d better get hopping. You didn’t even need to go to the doctor or get a prescription, because the test could be bought over the counter at any drug store. It all seemed so easy and perfect.

Ovulation predictor kits aren’t reliable, due to limitations of the test itself and the possibility for user error. Some brands are better than others but overall, I’d recommend staying away from the OPKs as a predictive tool.

First, the test itself. A positive result doesn’t tell you that you’re ovulating. Because it measures the concentration of Luteinizing Hormone (LH) in your urine, the test actually tells you whether or not there’s a rapid spike in your LH level, signaling that ovulation is near (this is called the LH surge).   The pituitary gland, which directs the hormonal dance of a woman’s cycle, signals the LH surge, which in effect tells your body to ovulate. You usually ovulate about 24-48 hours after the surge.

It’s entirely possible – and common – to experience the LH surge and gear up for ovulation, but then to have ovulation delayed (i.e., not occur within the 48-hour window after the surge) or to not ovulate at all. Ovulation is a delicate matter and can be affected by so many factors, including a woman’s stress level during her cycle, if she’s ill, if she travels, even the weather!

So it’s entirely possible – and common – to get a positive OPK but then not ovulate – and if you’re solely relying an OPK, you’ll never know.

If this happens on a regular basis, this could mean chronic issues with your ovulation. In looking at your overall fertility this is essential information for you to have, as ovulatory issues are the leading cause of female infertility. However, OPKs aren’t designed to detect underlying ovulatory issues, their objective is only to identify the LH surge.

If you’re taking fertility medications, such as clomid or letrozole, you could also get a false positive on an OPK. Hopefully if you’re taking these medications you’re also under a doctor’s care and monitoring, so this may not be as big of an issue, but it’s something to be aware of.

You May Like  Effective Weight Loss For Improved Fertility

Now, the human factor. OPKs are actually not foolproof to read. The test window shows two lines, a control line used as a benchmark, and the test line. The instructions say that if the test line shows up as dark as, or darker than, the control line you’re in the LH surge. I can’t tell you how many clients have sent me pictures of their OPKs asking for a second set of eyes to see if the two lines are equal in intensity. I’ve seen this a lot in the fertility groups on social media as well.

Some of the newer digital fertility monitors have alleviated this by eliminating the 2 lines and giving you a smiley face when you’re surging. These monitors are significantly costlier than the OPK test kits and they’re still subject to the same design limitations as the OPKs.

You also run the risk of getting a positive and not knowing if it’s the beginning, middle or end of the surge. If it’s toward the end, it’s actually possible to mistime intercourse. And, if you test too late in your cycle, it’s possible miss the surge altogether.

On top of all of this, sometimes you can blow through a lot of OPKs on a single cycle, testing again and again while continually waiting for the line to darken and to try and figure out if your test is positive. They’re not expensive, but they’re not inexpensive either, and if you use a lot of them, you could be out some serious money, needlessly.

Here’s what I recommend.

Track your cycles by charting your basal body temperatures and monitoring your fertility signs, namely, cervical fluid and cervical position.   Checking the characteristics of your cervical fluid at least 3 times a day beginning around Day 9 of your cycle will give you all the information you need about when you’re in your fertile period, when ovulation is near, and therefore, when you need to be having intercourse.

Checking your cervical position will give you useful information as well, although this is a more advanced fertility sign so it’s optional. You can learn everything you need to know from monitoring cervical fluid alone.

Consistently taking your basal body temperature at the same time every morning will confirm ovulation after it’s occurred. So you’ll always know if you’re ovulating normally, if your ovulation is delayed, or if it doesn’t occur.

Temperature tracking, in conjunction with cervical fluid monitoring, gives you all the information you need about your cycle. After a few months of charting your temperatures, you’ll be able to use them as a predictive tool for anticipating ovulation. You’ll also be able to detect if and when there’s something usual about your cycle.

If you’d like, you can use an OPK when your cervical fluid indicates you’re in your fertile period. In this case, however, it will corroborate what you already now. OPKs are a great back-up, but not something to rely on.

Bottom Line: you don’t need a human-made product to tell you when ovulation is near. Mother Nature has taken care of this for you. Use Mother Nature as she intended – not only it more accurate, more precise and therefore will increase your chances of getting pregnant, you’ll learn more about your body and your fertility. It’s cost-free too.