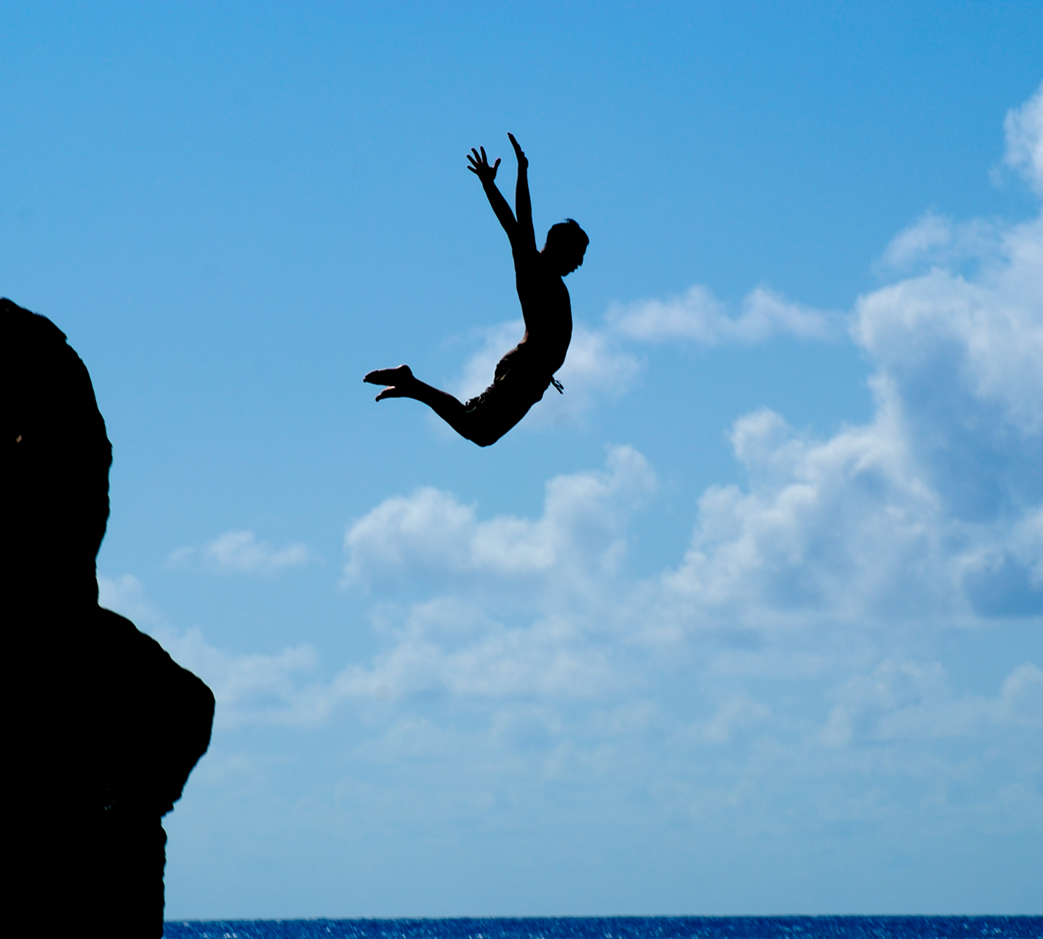 “I am an old man, and known a great many troubles in my life, but most of them never happened.” – Mark Twain

Hi folks, Eric here again. My last time around, I spoke about dealing with stress. As I was thinking more about it, I realized that, while useful, this advice fails to get at what we in the software business call “root cause”, i.e. I spoke about managing stress, but didn’t really get into where it comes from. And I think, when it comes to infertility, treatment of it, and all the things wrapped up with it, stress is actually the physical manifestation of something deeper – fear. And what are we afraid of? We don’t know… exactly. And that is actually the point.

If I told you to set off on a journey through treacherous lands with nothing to guide you but a destination far in the distance, you’d be quite apprehensive. But if I sent you on the same journey with a map of the dozens of differing routes that eventually lead to that far city, you’d feel much more comfortable setting out, no? That’s what today’s post is all about.

Humans are biologically wired to fear the unknown. We are genetically predisposed to want to know where our next meal is coming from, that we have a safe place to return to at night, that nothing unexpected will leap out of the forest and try to eat us. It’s one of the reasons that, despite often using “routine” as a pejorative, in fact most of us would far rather stay with a routine that bores us silly and frustrates our dreams than make a leap into the unknown because it frightens us.

Embarking on the journey of in vitro fertilization and fertility treatment is absolutely venturing into the unknown. There are all these mysterious numbers and tests and metrics and procedures. There is worry of “how it will go” and talk of mysterious and invisible things happening (or not happening) inside your body. Plus, you may have to use big pointy needles to stab yourself or someone you love on a daily basis. That obviously doesn’t help.

So the reasons for the fear are pretty obvious when you think about it. You’re breaking your routines. You’re taking risks, financially, physically and/or emotionally. And there’s no guarantee of the outcome. What’s less obvious is how to deal with that fear and uncertainty effectively.

Well, for what it’s worth, I have developed a one-two punch to take fear straight on, and if I can’t knock it out cold, at least I can beat it into some kind of submission so I can control it. And this post is to share my approach in hopes that it might help, at least a little bit. So… here goes:

Step 1: Fear-Setting – Fear-setting is the practice of explicitly deconstructing, naming and writing down what you are afraid may happen. This requires you to actually elucidate and spell out all the ambiguous boogeymen hiding in that foggy “unknown” ahead of you.

Say it out loud – “What if I can’t ever have children?” “What if all the procedures are failures?” “What if we spend all of our savings and still don’t have a baby?” “What if, in their secret heart of hearts, my partner blames me that we can’t have a child?” “What will my family/friends think?” Whatever it is, name it, say it, write it down.

You May Like  Three things you don't know about Fertility

In many traditions of folklore and fairytales, naming something gives you power over it. I think on some very basic level the origin of that mythological pattern comes from turning the unknown into the known. By explicitly naming what it is you’re afraid of, you begin to move it from the mysterious and ambiguous, which frightens us all on a deeply primitive level, into the world of the concrete, tangible and therefore-deal-with-able. (It also has the added benefit of showing you that in many cases, some of your fears are mutually exclusive, i.e. even if one happens, most of them won’t. In other words, you’re worrying about many things, but most of them will never come to pass, as with Mark Twain’s proverbial old man.)

Step 2: Plan your response – The second step is equally simple, but that doesn’t mean it’s easy. Look at that list of itemized, explicitly-stated fears and then say, “So if that happens, what will I do?”

· If the first round fails, will we go for another? And another?
· If natural cycle isn’t successful, will we add hormones?
· Worst-case – what if it never works, then what options are open to us? Surrogacy? Donor? Adoption? Fostering? How do we feel about each of those? Let’s say it out loud, evaluate, and draft a plan.

There’s an old saying that no battle plan survives first contact with the enemy. To counter this, elite military units train for every contingency. They expect the enemy to behave differently than anticipated, for every element of the plan to go awry, for every piece of equipment to fail, and they know what they will do, in advance, when it does. This gives them the advantage of calm certainty amid the chaos because they are not, in fact, dealing with the completely unknown. They prepared for the forks in the road in advance, and you can do the same.

You May Like  Infertility and Suicide - What's the link ?

To finish where we started, then, let me return to my metaphorical send-off on your journey. Instead of starting off on your path with nothing in mind but the destination, try to name, and map out, the potential forks in the road. Then, when you come upon them, instead of being surprised and uncertain, follow a map you’ve already drawn for each possible branch of the route.

None of this guarantees success in reaching your destination of course, but it makes the voyage into something for which you have a map, and by moving that future from the “unknown and amorphous” to the “known and mapped-out” you can reduce a lot of the fear along with the way.

Give it try, let me know if it helps.